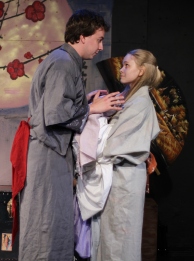 By Eric Coble
Performed by the Actors Repertory Theatre
at The National Conservatory for Dramatic Arts, August 2011

Obosan, a traditional Japanese priest, steps forward from the darkness. He explains that where we now see a grove of trees, bushes, and grassy hills, was once the village of Kogisu — and Obosan was once the village priest. Where did all the people go? What happened to the homes and shops and pathways? Obosan promises to answer all of these questions in four tales as he takes us back in time hundreds of years to watch the supernatural history — and ultimate destruction — of an entire village. 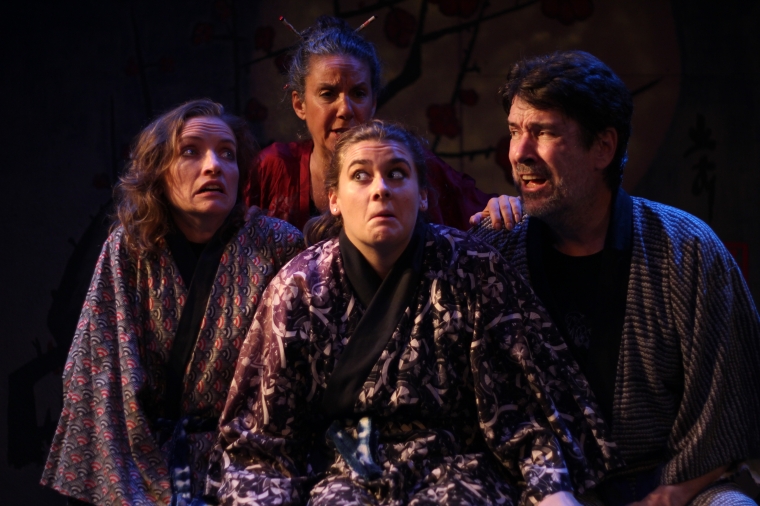