She Kills Monsters
by Qui Nguyen
Directed by Randy Baker
October 18, 2019 – November 10, 2019 at Rorschach Theatre
A re-imagining of the 2014 production

“The entire team at Rorschach has created something truly special and unique with their production of She Kills Monsters. I guarantee that you will not see anything else like it this year, perhaps ever. This group has pulled out all the stops to present a heart-pounding, hilarious, emotional ride celebrating the warrior (and the nerd) within us all. Do not miss this experience.”
— DC Metro Theatre Arts 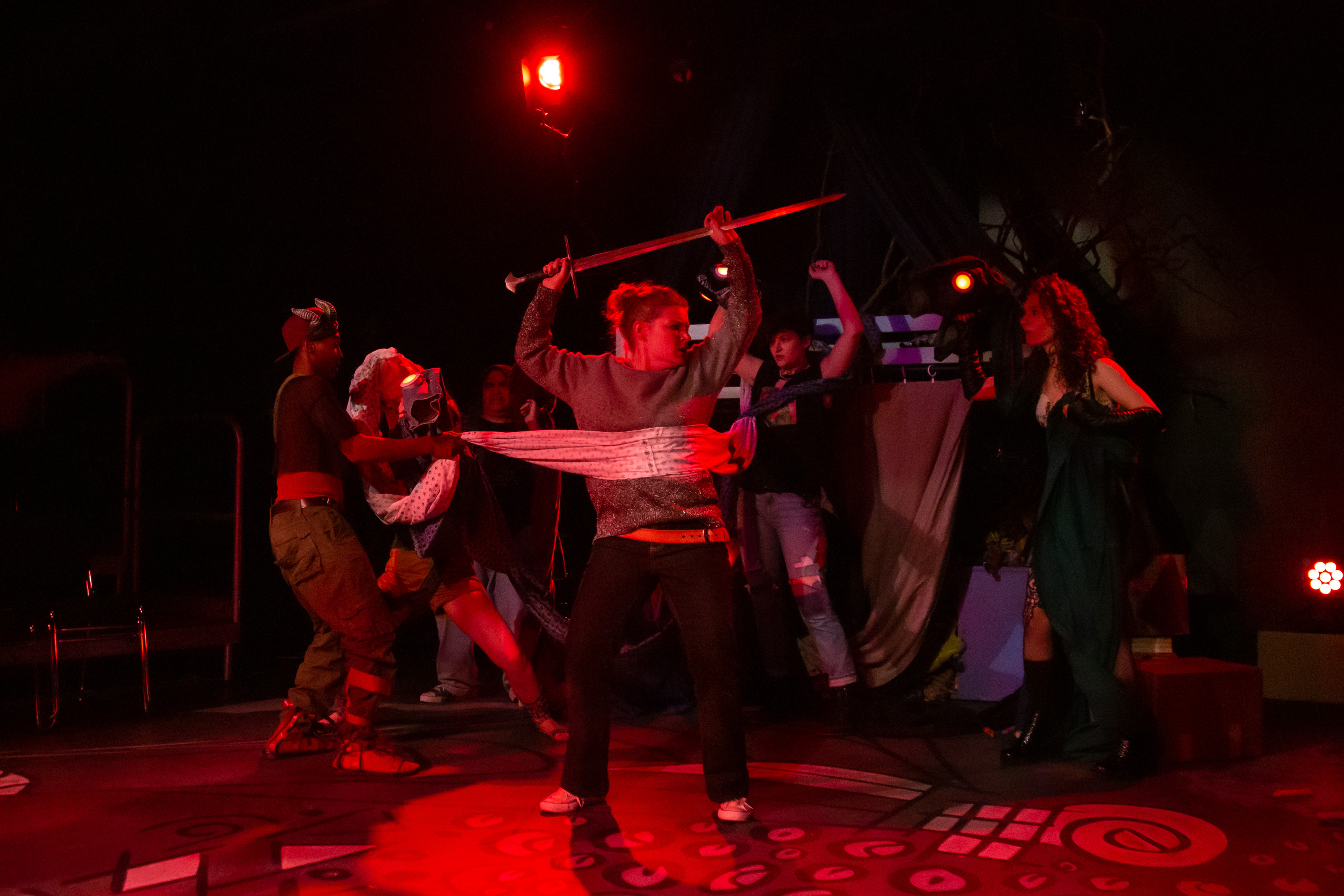 “The unadulterated zaniness of She Kills Monsters and the shear joy the cast is experiencing bringing it to the life is more than enough reason to this show. In fact, I encourage you to see it with someone you love and then start a conversation about it afterward—I promise you won’t regret doing either.”
–DC Theatre Scene

“The melancholy sentiment propelling Agnes on her journey, and driving the coming-out, coming-of-age narrative is both deeply felt and delicately rendered. Randy Baker’s solid production… lovingly captures just how enthralled a young queer person can be in their own private joy, or pain.”
–Metro Weekly

“The production, directed with some clever touches by Randy  Baker, is enveloped in a cheeky, pop-cultural nostalgia… [But] the affecting conclusion of “She Kills Monsters” affirms it as more than a glib riff on nerd culture. Agnes may have to become immersed in make-believe to connect with Tilly, but what she gains through all the shenanigans feels real.”
— Washington Post (2014 production)

Re-imagined for 2019, the production included site-specific elements that brought audiences into unseen places throughout the Atlas Performing Arts Center. A more intimate production

(Photos on this page by Ryan Maxwell Photography)