PHOTOS ON THIS PAGE: Brian Allard and Daniel Corey

“She Kills Monsters is bad ass. Fight Choreographer Casey Kaleba mounts some truly exhilarating brawls, featuring spears, axes, and even a curious gelatinous cube. Like kids with no adult supervision, the dozen cast members leap joyfully between the angular platforms that make up Ethan Sinnott’s excitingly dynamic set. Together with a clever and provoking lighting design by Brian S. Allard, She Kills Monsters lends itself to a lot of testosterone-flavored cheering. But don’t be fooled by the demons, elves, and references to 90′s cult TV series. This is a play about real people who confront real tragedy. Director Randy Baker displays superb agility in his ability to hop from deadly earnestness to D&D mayhem in a flash. Baker sacrifices neither substance nor spectacle as he tells us a story about, well, people who tell stories.”
– DC Metro Theater Arts

“The production, directed with some clever touches by Randy Baker, is enveloped in a cheeky, pop-cultural nostalgia… [But] the affecting conclusion of “She Kills Monsters” affirms it as more than a glib riff on nerd culture. Agnes may have to become immersed in make-believe to connect with Tilly, but what she gains through all the shenanigans feels real.”
— Washington Post

“HIGHLY RECOMMENDED: Though Dungeons & Dragons has often been characterized as an escapist crutch for those struggling in gym class, She Kills Monsters channels the game’s traits of imagination and innovation allowing Agnes to come face to face with her and her sister’s demons and in the end prevailing mightily. The warning at the beginning of the play proves accurate: D&D is not therapy. It’s shock therapy.”
– DC Theatre Scene 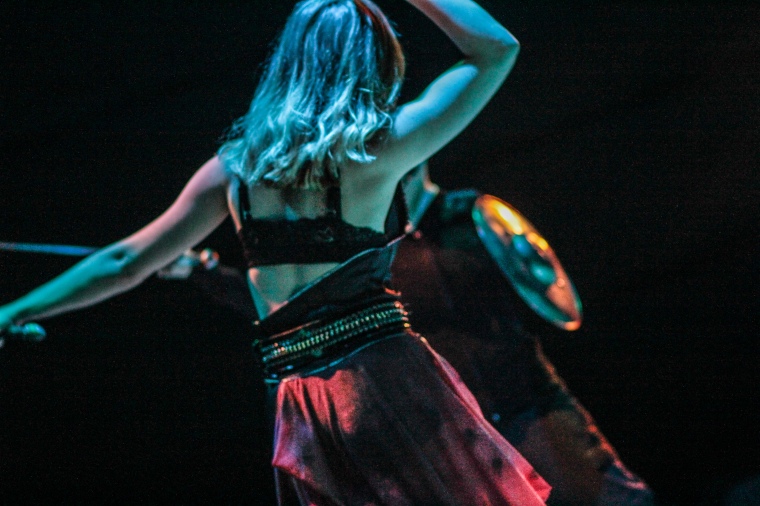