In an Inuit village ruled by spirits, superstition, and myth, Anatou is deemed an outsider by her own people. She embarks on a journey into a forbidden forest where the Wood God holds the powers to turn her into a wolf which forever changes the world she knew. This Inuit tale invites us to take a look at how we view ourselves, our world, and those around us.

The production of Ice Wolf was the culminating project for the Imagination Stage Acting Conservatory, an actor training program for young performers in grades 7-10 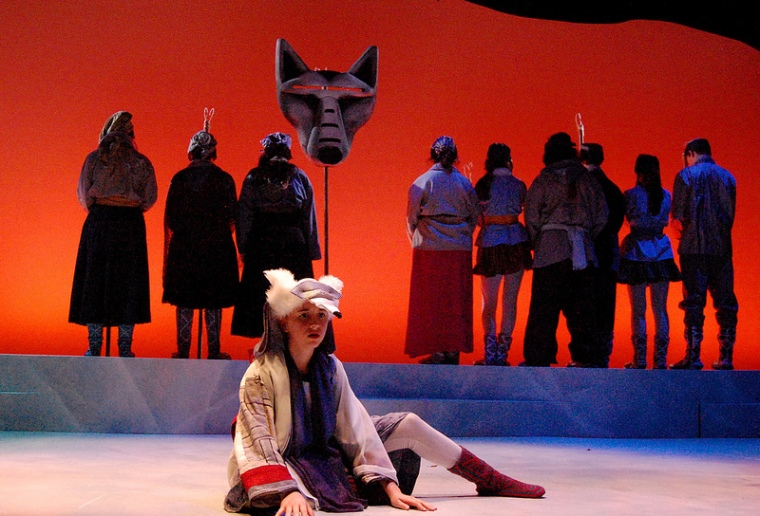