In July I’ll be both writing and directing for the First Annual One Minute Play Festival which will run from July 12-14 at Round House Theatre and is organized by The One-Minute Play Festival (#1MPF).  Additionally this summer I’ll be returning to Theatre Lab to direct Naomi Iizuka’s Anon(ymous) with the talented kids of the Summer Acting Institute for Teens.

My Arena Stage playwright residency at The Playwright’s Arena, (a part of the American Voices New Play Institute) has been extended after March’s public reading in The Cradle.  After spending the year developing The Burning Road, next year will be spent developing  a play for young audiences based on the Malay Legend of Hang Tuah and Hang Jebat.

I’ll be returning in the fall to American University where I am faculty and a resident artist.  I continue to teach at The National Conservatory of Dramatic Arts and I’m also offering a playwriting class and a 24-hour writing project that are both open to the public through the Writer’s Center in Bethesda.  More information on the class and workshop here.

As I continue to develop The Monastery – a play that was initially commissioned through Theater J’s locally grown program – and  The Burning Road, also brewing is a play for young audiences based on the Malay Legend of Hang Tuah and Hang Jebat and a musical with Matthew Nielson.

At Rorschach Theatre (where I’m the co-Artistic Director), we just created and presented Six Impossible Things,  an immersive site-specific piece that drew inspiration from The Shining, Alice in Wonderland and the history of the house in which we performed. I served as head writer and wrote the short piece, “Corleone.” Coming up this summer –  She Kills Monsters opens August 15 and our intensive stage combat “Fight Camp” runs every Monday night in June. 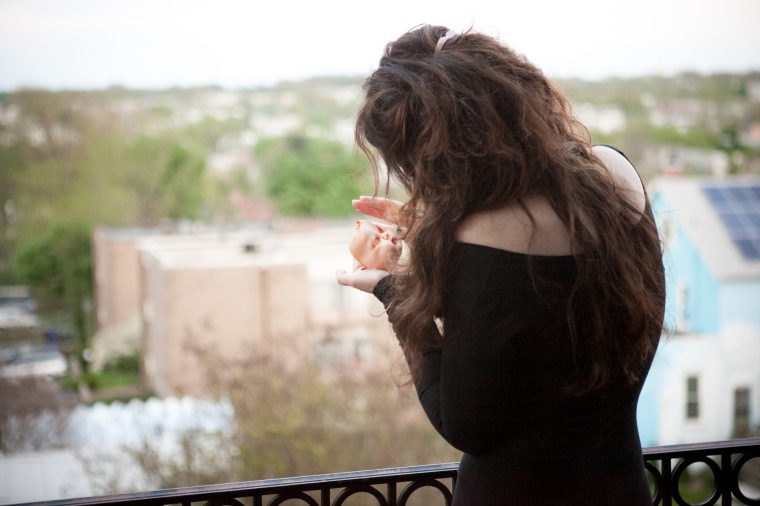 In the last six months:

From January-April I worked with the 2014 graduating class of Imagination Stage’s Acting Conservatory. The fully realized production of Still Life with Iris – Steven Dietz’s magical play about a child on a quest to regain her stolen memory – ran in April.  Also in April I directed two student-written plays in Young Playwright Theatre’s New Play Festival – one about a talking cat and one about about voltron-style anime super heroes.

In March, sections of The Burning Road received a public reading in The Cradle at Arena Stage in March 2014, alongside the five other remarkable playwrights in the Playwrights Arena: Norman Allen, Jacqueline E. Lawton, Heather MacDonald,  Danielle Mohlman and Shawn Northrip.  DC Theatre Scene wrote about the event here. I also discussed the experience in an article on Arena blog, “The Creature in the Back of the House.”

Also in March Forgotten Kingdoms received another staged reading at Manhattan Theatre Works in New York after having won the Audience Choice Award in the National NewBorn Festival last year. In November, 2013 I directed Marat/Sade at American University and in December I worked with Darrah Cloud and Judith Ivey, dramaturging the world premiere of Our Suburb at Theater J.